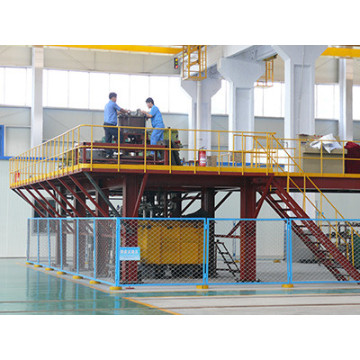 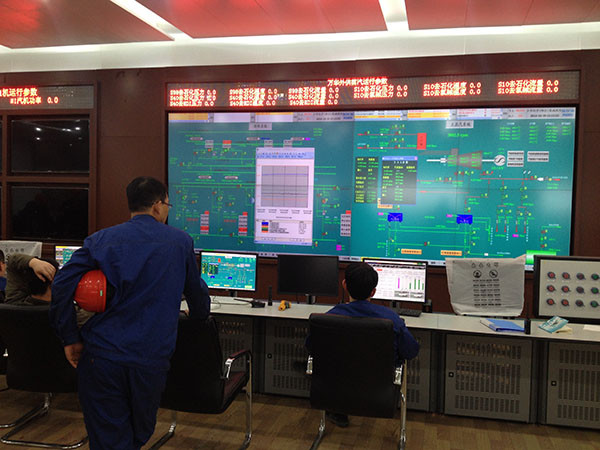 A power plant had a C25-8.83-0.981 type steam turbine generator set which made in 1990s. The turbine was a hydraulic governing type with a cam steam distribution structure. After ten years running, the turbine is insensitive to changes in load with a large running delay rate. And its thermal load self-tuning is not high with poor primary frequency modulation capability. When shed the partial load, the adjusting quality can not meet the operational requirements. Considering above conditions, we can improve the STG control level and its adaptability by reconstructing its governing system into DEH.

I. Introduction the governing principle of the original system

As a hydraulic speed sensor, the governor oil pump measures turbine speed. The oil pressure difference between the inlet and outlet of governor oil pump is proportional to the square value of STG speed. When the speed change is little, the oil changes and speed changes can be down as a linear process. So we use it to make pulse signal of speed changing. One side of pressure transducer slide valve was controlled by speed pulse signal oil pressure, and other side was controlled by synchronizing accepting control operation signal spring force.

Pressure transducers spool valve controls the overflow of two pulse passages. When the governing oil pump pressure changing which caused by changed turbine speed, or pressure transducer spring force changed by operating synchronizer, the pressure transducer slide valve would move up and down. So the piston of oil servomotor would move by controlled oil servomotor`s inlet and outlet. It would drive governing valve and rotary diaphragm open or close in a same time. So we can regulate the turbine speed (in single-unit operation) or turbine load (in grid operation). When the piston of oil servomotor move, the overflow area of the feedback window was changed also. So the pulse oil gets feedback and return to the setting valve. The pilot oil slide valve would come back to middle position and the oil servomotor line is cut off and the STG would be in a new stable condition.

The pressure measure element is bellows-type regulator. The pressure regulator pulse signal is turbine extraction pressure. The function of bellows is changing the steam pressure into displacement and change the opening of the overflow window. It would causes the oil pressure changing of two pulse oil lines. The changing directions of two pulse oil lines are opposite because the changing opening directions of two overflow windows of pressure regulator are opposite. It means HP oil servomotor and LP oil servomotor moves in a same direction. It can change regulator spring preload by turning on the hand wheel on top the pressure regulator. So it can change the turbine extraction pressure. When the thermal load is incorporated heating network, it can translate regulator static characteristic curve, thereby changing the turbine thermal loads.

When we reconstructed the steam turbine, it was still on running. So the reconstructing period would be as short as possible. After considering the reconstructing period and turbine governing control precision, we decided to dismantle synchronizer, HP oil servomotor, MP oil servomotor and regulator only and reserve the original security part and oil suppling system, so we can reduce work quantity. We used direct-acting oil servomotor with an independent oil source as DEH hydraulic actuator. We used Nanjing Sciyon DEH-NK series electronic governing system. After reconstructing, the turbine running stable and each operating parameters excellent.